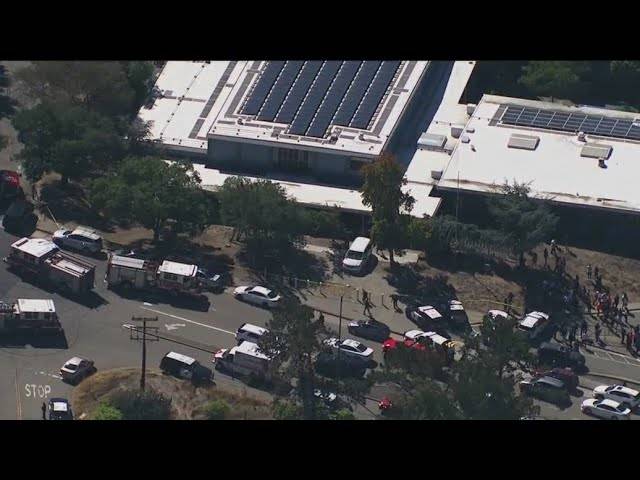 Six people were injured in a school shooting in Oakland’s Eastmont Hills, police said. The King Estate Campus will be closed as police continue their investigation.

Police have cleared the school of suspects, and three victims are in critical condition. The other three victims were transported to Eden Medical Center in Castro Valley.

Aerial coverage showed police officers canvassing the complex, and students being evacuated from the campus.

The Oakland Unified School District provided a statement Wednesday afternoon regarding an incident at the King Estate campus on Fontaine Street. The incident was NOT at Oakland Academy of Knowledge.

The school shooting comes after nine homicides in nine days, and three shootings at schools in the past 60 days.

Parents told news sources that bullet holes were found in an area where students enter the campus, and a carpenter was injured while hanging a trophy display case. One parent said that a security guard endured a gunshot wound all while providing aid to another student that had more gunshot wounds than he did.

The California Governor’s Office called the shooting “a horrifying act of violence that has grown too familiar.”

To learn more about this tragic school shooting incident, please consider the news outlets listed below to stay in the know.