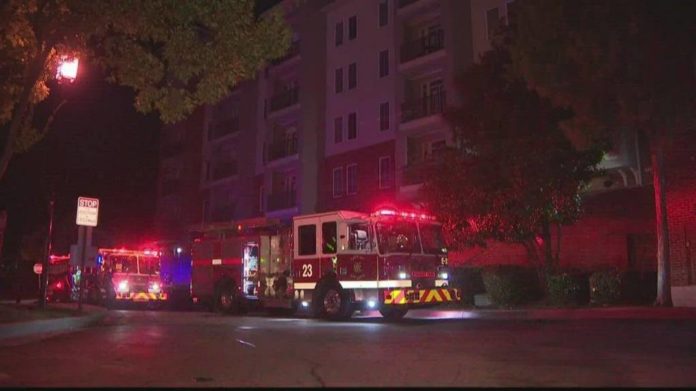 Multiple people shot just hours ago at an apartment complex. One person is dead, two people are hospitalized with two gunshot wounds, and they’re all related. The shooting happened overnight at the Berkley Heights Apartments in northwest Atlanta.

Investigators say a 21-year-old man was killed in the shooting, and two other victims were taken to Grady Memorial Hospital. They have not identified a suspect in the deadly triple shooting.

Police say two groups fired at each other in a parking deck at the Berkley Heights apartment complex. One person died at the scene and two others were taken to the hospital and are undergoing surgery.

The two victims that taken to the hospital are two related men. One was a 40-year-old father, and the other victim was his 20-year-old son. There is no information released about their identity or about their current health condition after the shooting.

For additional information on this parking deck shootout, please consider the news outlets listed below to stay in the know.