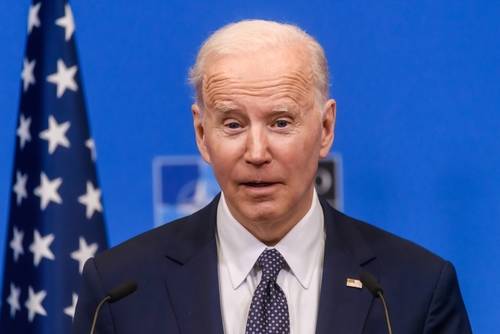 As the investigation into the president’s son heats up, over 30 Senate Republicans have written to Attorney General Merrick Garland seeking special counsel authority for the prosecutor investigating Hunter Biden.

As detailed by Senator Grassley, “highly credible whistleblowers have come forward to reveal a widespread effort within the FBI to downplay or discredit negative information about Hunter Biden.” As opposed to encouraging FBI and DOJ whistleblowers to report crimes and promote government transparency, you chill lawful whistleblower activity.”

In fact, on August 30, 2022, your memo “prohibited DOJ and FBI employees from contacting senators, representatives, congressional committees, or congressional staff without prior coordination, consultation, and approval by OLA.”

It has been reported by Fox that investigators are weighing possible charges for tax fraud and foreign lobbying violations in the Hunter Biden investigation.

To avoid the appearance of political interference, the Biden administration asked Weiss to remain in his role even though other U.S. attorney positions had changed.

“As a result of the politicization of the DOJ under your watch and the necessity of avoiding an appearance of impropriety, the undersigned letter requests that you provide U.S. Attorney Weiss with full protection and authority as a special counsel. In order to restore faith in our government institutions, you can take this important action.”

In Senate testimony earlier this year, Garland defended the Justice Department’s handling of the investigation, in particular the appointment of Weiss, a Trump appointee. In his remarks, the attorney general did not specifically address whether a special counsel should be appointed to investigate the younger Biden’s business affairs.

Under questioning from Sen. Mike Braun, R-Indiana, Garland said, “The investigation is run and supervised by the United States attorney in Delaware who was appointed by the previous administration.”

He said: “I don’t want to make any judgments one way or another on whether we should have a special counsel. Since it is an internal department decision.”