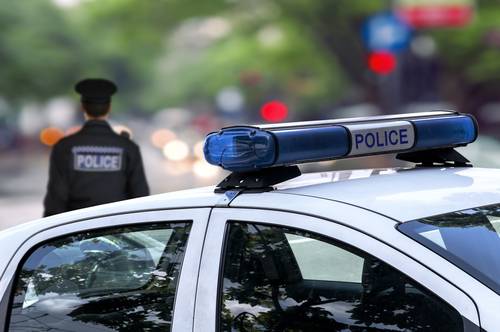 Police are searching for a suspect who shot at least two officers in Newark, New Jersey. The suspect may have been on a roof or a window, and the suspect has not yet been arrested, according to law enforcement sources.

Newark Police officers went into the building and came up empty handed, but spotted a suspect in the parking lot who opened fire on the officers. The suspect has been identified by the authorities.

Two officers in total have been shot, one in the leg, one in the neck, both in unknown condition at this point. Despite their injuries, both are expected to survive the shooting incident.

The shooting suspect with a criminal history exchanged gunfire with the officers as they were attempting to serve a warrant. The suspect used a long gun in the shooting and has not yet been apprehended.

During the shooting, police pushed the perimeter back significantly to keep the public safe. They also tried to warn people to stay in their houses so that they wouldn’t be caught in the crossfire. Area residents condemned the shooting and said they were scared.

New Jersey Gov. Phil Murphy said the state was monitoring the situation and would support local law enforcement. The president encouraged everyone to stay away from the scene and remain vigilant, and prayed for the two wounded police officers.

Officers are now searching for the suspect in this shooting, and have roped off a large area near the apartment area where the shooting took place. The entire scene has been on lockdown.

The Belleville PD is aware of the active shooter situation in Newark and will be increasing patrols along the border.