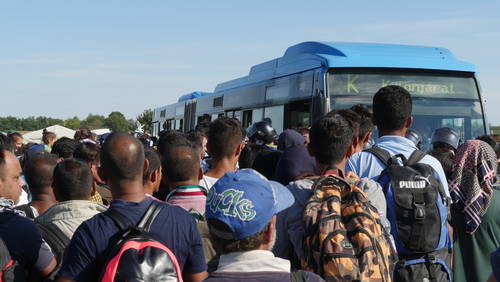 The Pentagon has declined to help Washington, DC, Mayor Muriel Bowser with migrant assistance because it would negatively impact the readiness of the DC National Guard, a US defense official said.

Bowser told reporters on Friday that she wants to continue to work with the Pentagon to ensure political considerations are not a part of their decision regarding the use of the National Guard.

In a letter, the Department of Defense said a more specific request would help them understand their needs.

More than 6,500 migrants have arrived in Washington from Texas on more than 160 buses, and the mayor has requested that the DC Armory or another suitable federal location be used as a processing center.

Bowser said last week that the National Guard would be needed to deal with the crisis, which she expected to escalate.

“We want to continue to work with the Department of Defense so that they understand our operational needs and to assure that any political considerations are not a part of their decision,” she added.

“We need to ask the President for the use of our National Guard, which we know can be very helpful in these logistical matters,” she said at the time.

Governor Greg Abbott of Texas has been dealing with an overrun southern border. By some estimates seeing as many as 300,000 migrants every month. He decided to alleviate the burden placed on small Texas towns by busing the migrants to cities that said in the past they were sanctuaries. This includes Washington DC under Muriel Bowser, who famously asked for migrants to come to DC for ‘refuge.’

More than 6,500 migrants have been bused to D.C., & the first bus of migrants arrived in sanctuary-city NYC this morning.