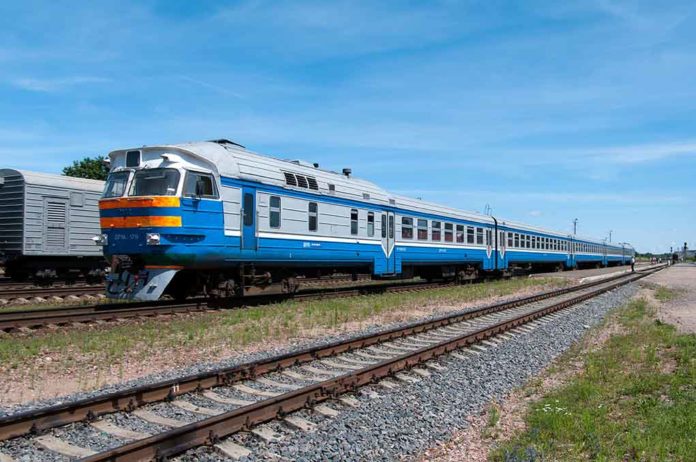 (InformingNews.com) – There is a tense situation on the Ukraine border. Despite warnings from the United States and NATO, the Kremlin continues to send troops to the area. The Russian government says it has no intentions of invading. But a mysterious hacker group has doubts, and has taken steps to slow any potential invasion.

Cyber-Partisans, a pro-democracy hacker group, claimed on January 24 that it infiltrated the Belarusian rail network. The attack was to prevent potential Russian movement of troops into Ukraine.

The hackers announced their actions in Twitter and Telegram posts.

We have encryption keys, and we are ready to return Belarusian Railroad's systems to normal mode. Our conditions:
🔺 Release of the 50 political prisoners who are most in need of medical assistance.
🔺Preventing the presence of Russian troops on the territory of #Belarus. https://t.co/QBf0vtcNbK

The Belarusian Cyber-Partisans claim to have access to encryption keys that would return the network to working order. However, it is refusing to hand them over until the government meets a number of highly-specific demands.

The group said the hack only impacted operations, rather than security, to avoid causing an emergency. The railway reported technical issues affecting its electronic ticket system; parts of its website were down. Experts say the disruption could cripple the railway indefinitely.

Cyber-Partisans has a history over the past two years in Belarus. Its activities have included accessing documents to show the government’s suppression of dissent, shutting down government websites, revealing security force members’ names and carrying out protests.

On January 24, the Belarusian Defense Ministry said Russian troops were moving into the area for a February training exercise, which had begun prior to the attack. The country is a supporter of the Kremlin.

Allowing and working with the Russian military to move toward the border is drawing criticism. Intelligence networks have reported the moving of missile launchers and brigades closer to Ukraine in Belarus, intensifying NATO pushback.

The build-up of military personnel and equipment in Belarus is raising red flags. While both nations claim it’s only to prepare for a joint military exercise, leaders in nearby areas are still on guard.

Cyber experts say it’s too early to confirm the authenticity of Cyber-Partisans’ claim. They admit rail systems were in place long before such security concerns, so it would not have been a difficult attack to pull off.

No government official has commented on the recent railway hack. The Belarusian rail network has also not officially recognized the incident. But residents of Belarus have complained about issues securing tickets and using the rail’s website.