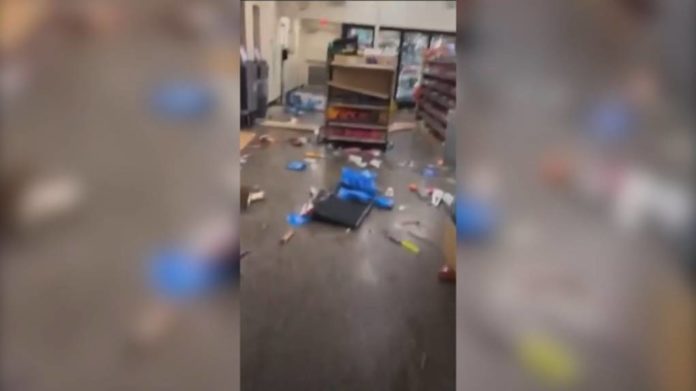 Video captured juveniles inside the store throwing food and causing damage to the business. Police are still searching for the individuals involved.

No one was hurt during the smash-and-grab styled incident, but the teenagers may face charges such as riot, criminal mischief, vandalism, and theft.

After ransacking a Wawa convenience store in Philadelphia on Saturday, the teen intruders were also guilty of leaving trash and products littering the floor. Wawa released a statement on the incident, saying they were working with law enforcement to bring the perpetrators to justice.

There are many instances of violence in seemingly peaceful stores and businesses. Employees of Princess Bride Diamonds fought off attempted robbers earlier this year. Surveillance video shows workers fighting off smash-and-grab robbers in Huntington Beach, California.

Police broke up the mob at Wawa after the juveniles broke tables at the Rolling Thunder Skating Center next door. They were outnumbered and unable to make any arrests, but were cautious not to arrest kids under 10 years old.

To learn more about this story, check out the news outlets below to stay in the know.