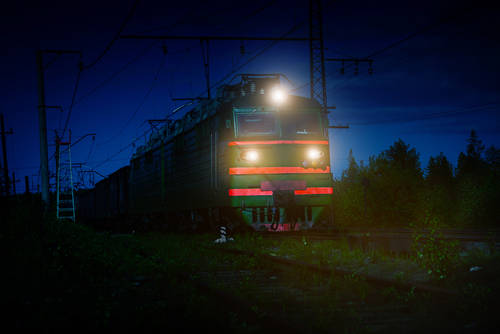 After finding an injured baby alone in a shed outside their Livingston home, a husband and wife took the baby to the hospital for treatment. It was alleged that the father threw the baby in a ditch before taking off in a stolen vehicle on Sep. 24.

Katharine McClain and John McClain noticed the baby had bruises on her face and body. Upon holding the baby girl, Katharine said she immediately fell asleep.

“I’m a mom, you know, and how could someone just leave a baby?” Katharine McClain said.

According to Livingston Police Department, the baby’s father has been charged with felony injury to a child causing serious bodily injury, felony child endangerment/abandonment, and felony vehicle theft. Currently, he is being held in Polk County Jail with a combined bond of more than $200,000.

A bizarre chain of events began around 3:30 a.m. after Union Pacific Railroad notified Lincoln police that their train in Livingston may have struck someone laying parallel to the tracks. After several hours of searching, no one was found. There was a recovery of a pair of pants, a cell phone, and boots by officials.

Livingston police received a call about 7:30 a.m. from a caller stating that his vehicle had been stolen from his residence, and the assailant was wearing light-colored clothing.

McClain and his wife contacted the police after they heard a loud noise and checked their surveillance camera footage. In the video, the suspect drives off in a neighbor’s car after attempting to break into their son’s truck.

John McClain said, “We reported a stolen vehicle, and the police left.”

McClain didn’t find the baby in his shed until hours later, at 9:30 a.m., after his dog kept barking.

“I went and opened the door, and the baby was looking up at me,” John McClain said.

Texas Children’s Hospital treated the baby for a broken leg. As police processed the scene, the San Jacinto Sheriff’s Office notified the Livingston Police Department that the stolen vehicle had been recovered in Coldspring, Texas.

San Jacinto Sheriff’s Office reports that Guynes was struck by a train and had visible injuries. According to officials, Guynes told officials he left his daughter in a shed, but he had no idea where it was.

ABC13 contacted the mother of the baby, who said she shares custody of the child with her husband. The child’s mother said Guynes does have a criminal record, but he served his time and has always been a loving father who has never worried about her child’s safety. ABC13 reports that family members spoke with Guynes after his arrest and found him erratic and not acting like himself. Due to the severity of the situation, she is grateful to the couple who found her daughter.

Guynes was sentenced to 4 years in prison for intoxicated assault in Montgomery County in 2018. He was released from mandatory supervision in September 2020 and discharged from mandatory supervision in September 2022. For failing to report in to his parole in February 2022, a warrant for his arrest was issued. According to the Texas Department of Criminal Justice, he was arrested last weekend, but the warrant was withdrawn because it was past his discharge date.

According to a spokesperson for Texas Department of Family and Protective Services, they are investigating alongside law enforcement to ensure the baby’s safety and medical needs are met.