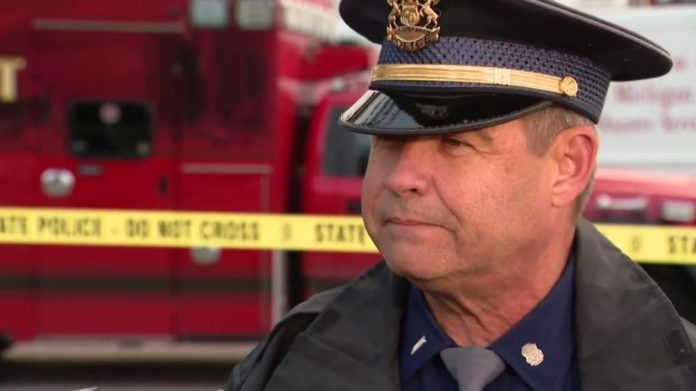 A Michigan State Police trooper was shot overnight during an undercover narcotics operation in Detroit and was in critical condition. He was upgraded to stable condition around 10 a.m.

At approximately 1:30 a.m., an undercover narcotics unit came under fire from an upper-story window.

The state police’s Emergency Support Team honed in on the apartment where the shots were believed to be fired out of a window and sought a search warrant.

Shaw said three shell casings were found in the search of the complex, and two people inside the vehicle were taken into custody without incident. He said they’re in the process of determining who’s actually involved and who’s not actually involved.

Two people are now in custody after an undercover Michigan State Police trooper was shot overnight in Detroit. The trooper was taken to a nearby hospital due to the severity of his shooting injuries.

Michigan State Police locked down a nearby apartment and found three shell casings. They identified a suspect through video surveillance and followed behind that person’s car, which was stopped and both people inside surrendered, according to authorities.

Michigan state police evacuated residents after the trooper was shot during an undercover drug operation in order to prevent further incident.

For more information, check out the news outlets listed below to stay in the know.