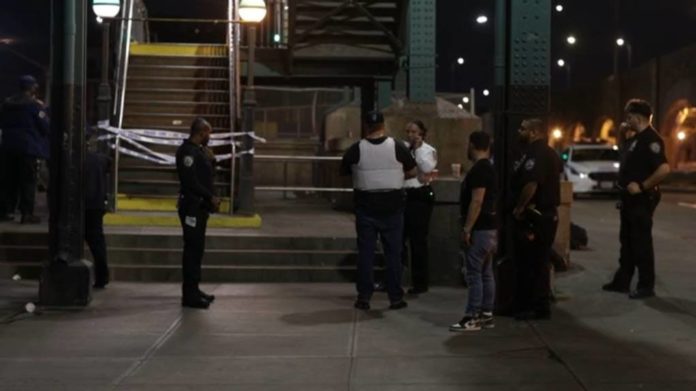 Police are actively searching for the killer who stabbed a rider to death on the L train on Friday night. The victim was 43-year-old Tommy Bailey from Canarsie, and he was killed in an untimely and fatal stabbing.

After this confrontation, unspeakable violence ensued. The door-holder punched the man, and the suspect stabbed him in the abdomen and neck. The victim fell back into the entrance of the store and bled heavily all over the floor.

Because the victim was stabbed, they were later pronounced dead. The suspect took off on his e-bike and remains on the run.

The Subway is back up and running as normal, but passengers are shaken by yet another murder in transit this year. Detectives are working without any video on board the train where this deadly fight happened around nine last night.

Such violence amidst day-to-day activities causes extreme stress and anxiety. To be able access additional information about this story, please consider the news outlets listed below.