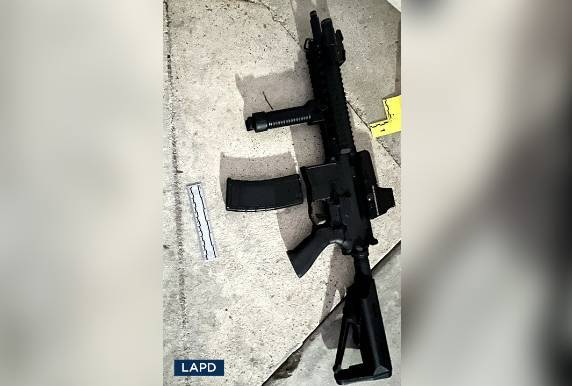 Police in South Los Angeles shot and killed a man brandishing a weapon in the street after a dispute with his family.

The police were called around 1:20 p.m. Saturday for a domestic violence report at 102nd and Grand streets.

According to Los Angeles Police Department officials, a man emerged from the home armed with a weapon.

He was shot at and later declared dead at the scene, but the specific nature of the confrontation with officers is unclear. It is also unclear whether one or both officers fired shots.

The investigators determined the rifle was a realistic-looking airsoft gun after examining it after the shooting.
A review of officer-involved shootings is carried out by the Force Investigation Division, the police chief and the police commission. There were no other injuries reported from this incident, according to the LAPD.
For more on this story, please consider these sources: