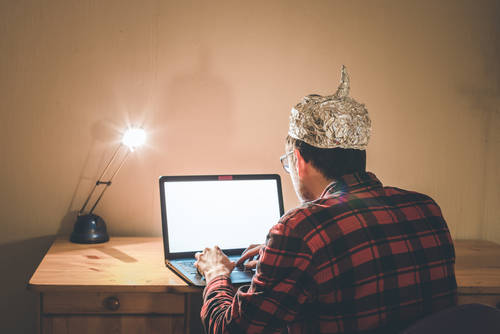 Police shot and killed a Walled Lake, Michigan, man Sunday after allegedly shooting his wife and injuring another daughter. His daughter said the father had suffered mental issues amplified by conspiracy theories.

Oakland County Sheriff Michael Bouchard said that police received a “chilling” 911 call from a 25-year-old woman at 4:11 a.m. Sunday, claiming that her father shot her and killed her mother. Authorities said she was so distraught that she could not give her address other than Glenwood Court.

When police and deputies were talking with a neighbor in the 1200 block of Glenwood Court, they heard a gunshot.

While officers were advancing on the house, Igor Lanis, 53, emerged with a shotgun and began shooting at them.

According to Bouchard, the officers returned fire, killing Lanis.

They found Lanis’ daughter, who had been shot in the back and legs with a shotgun, trying to crawl out of the house.

According to Bouchard, her 56-year-old mother was shot at least four times in the home.

Although police have not said what led to the shooting, the suspect’s daughter, Rebecca Lanis, told The Detroit News that the victims were her mother, Tina Lanis, and her sister, Rachel Lanis.

A dog belonging to the family was also shot multiple times and killed.

A neurologist was called in to assess Rachel Lanis’ legs after she had suffered “super traumatic injuries” to her back and legs.

According to Rebecca Lanis, her father’s recent fascination with extremism and conspiracy theories led to his mental health issues.

Despite always being prone to (mental issues), Lanis said that reading all those weird things online really broke him down.

He had been “more agitated” than normal in the past year, Bouchard said, even though he did not have a criminal record or any record of protective orders.

Rebecca Lanis, who was at a friend’s house for a birthday when the shooting occurred, said the Walled Lake family’s life used to be “perfect.”

Rebecca Lanis wrote on the QAnonCasualties subreddit page that her parents were “extremely loving and happy people” growing up.

On Sunday night, Lanis told The News, “It’s really shocking, but anyone can be affected by it.” Conspiracies are not funny, and people need to watch their relatives, and if they have guns, they should hide them or report them. It’s out of control.

Bouchard said it was the first shooting by an officer in the history of the Walled Lake Police Department.

Bouchard said there was danger to anyone. “He had his keys with him, so who knows where he was going. …This is terribly sad on so many levels.”