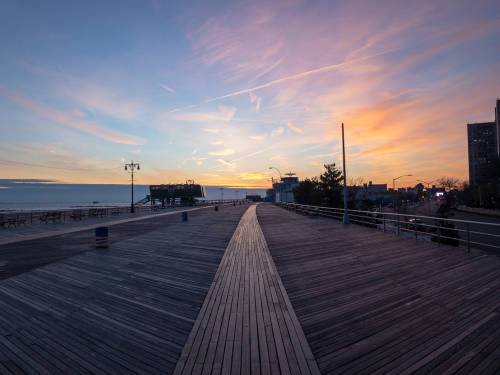 Three children found unresponsive near Coney Island in Brooklyn early Monday have died, and a woman suspected to be their mother is being questioned, the NYPD said.

Chief of Department Kenneth Corey, in a news conference Monday, said the 30-year-old woman is being questioned at a local police precinct. She is believed to be the mother of the seven-year-old boy, four-year-old girl, and three-and-a-half-month-old girl.
According to him, she has not been arrested, and the investigation is “very active.”
Based on preliminary information, Corey said there is no indication of prior neglect or abuse.
According to him, we do not know exactly what took place here; he stressed that the information provided was preliminary.
In the early hours of 1:40 a.m., police received a 911 call from someone concerned that a relative had harmed their three children. Officers went to the apartment but found no one there.
He told officers he believed the woman and children were at the boardwalk in Coney Island, according to Corey, and that he shared the caller’s fears.
Police searched the boardwalk, beach, surrounding streets, and the hospital for the woman and children.
A 911 call led officers to Brighton 6th Street and Riegelmann Boardwalk in nearby Brighton Beach, where they found the woman and other family members after a search that lasted about 90 minutes. CNN reported that the police received that call about a despondent woman.
While it was unclear if she had been in the rain or the water off the coast, the woman authorities found was “soaking wet,” Corey said.
Police continued searching for the children until 4:42 a.m., when they were found about two miles away from where the woman was located on the shoreline at West 35th Street in Coney Island.
The officers administered CPR to the children before taking them to Coney Island Hospital, where they were pronounced dead.
For more on this story, please consider these sources: