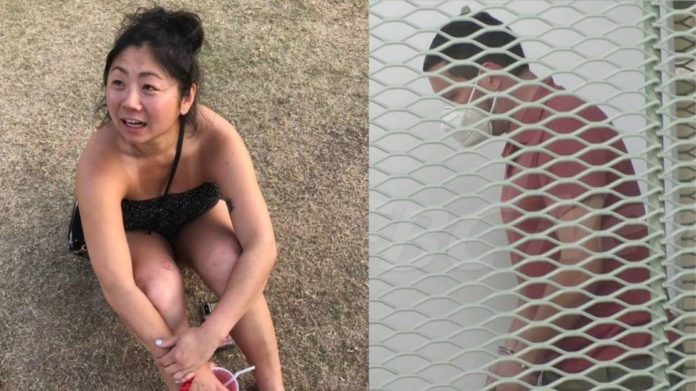 Bradley Dawson, 38, appeared in Fiji’s Lautoka High Court on Wednesday for a preliminary hearing. He was photographed wearing the same outfit for his first appearance in July.

Dawson was arrested on another island two days after leaving his room with just his wallet and his passport. His attorney argued that the case “may take two years”.

Attorneys for Chen’s family petitioned the court to be marked for appearance in future proceedings, but the judge denied their request. They can still communicate future requests to prosecutors.

News outlets reported that Dawson confessed to the killing, but changed his tune after an attorney began representing him. His attorney said he was awaiting additional disclosures from the prosecutors.

The accused murderer told ABC News that he kayaked to a nearby island on the day of Chen’s murder and that he left his wife in the room before coming here.

According to Ratulele, Dawson said nothing about a fight, but instead said he took a walk to give Chen some space after an argument. He called Chen his “everything” and said he was praying for her.

Someone who was staying at Turtle Island Resort during Dawson and Chen’s stay described hearing “loud banging sounds” coming from the couple’s room, despite the fact that they seemed happy earlier in the night.

A resort spokesperson said the police left the island over a week ago and that the resort’s highest priority is the safety and concern for its guests and team.

To learn more about this ongoing case, please consider the news outlets listed below.