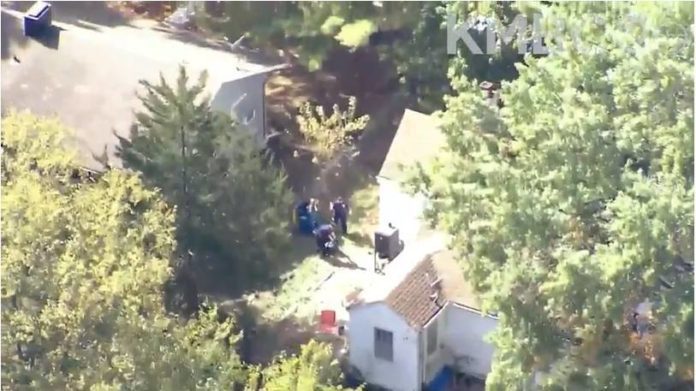 In Excelsior Springs, MO police have filed charges against a man accused of kidnapping, holding against her will, and sexually assaulting a woman.

A press release stated the suspect, Timothy Haslett Jr., was charged with rape, kidnapping, and assault by the Clay County Prosecutor’s Office.

It is reported that the woman was taken to a hospital for treatment, where she is in stable condition since her harrowing escape.

“It’s a scary world to raise a child in,” said Alyssa Meredith. Especially since I’m in my hometown.”

Meredith says she has never seen anything like the crime scene down the street from her house.

As detectives took evidence bags from the house on Old Orchard Avenue, neighbors sat and watched for hours.

According to police, a woman ran from the home screaming for help Friday morning.

“She had clearly been held against her will for a considerable period of time,” Dowdy noted.

According to the woman, she was kidnapped and sexually assaulted. Additionally, she said there were more victims.

“The search continues, we continue to find more and more,” Dowdy said.

Police were led to the home on Old Orchard Street after receiving a woman’s description of what happened to her. A search warrant was executed at the home Friday for several hours by investigators. A potential suspect has been taken into custody, and no other suspects are believed to be involved.

Lt. Ryan Dowdy said investigators are actively investigating what the woman told officers happened to her and other potential victims.

As of right now, we are not aware of any further victims. We are still processing the warrant, and everything is subject to change,” Dowdy said. “She mentioned other victims, but none have been found at this time.”

Cadaver dogs were also used to search the property. A video from a local news station showed detectives searching for evidence around the house’s side. The investigators have not released any details about what they found.

“It’s just a matter of making sure that we don’t miss a thing,” Dowdy said.

It will take time for the investigation to be completed, according to authorities.

“There is no way we can finish it in a day, because of the nature of the crimes,” Dowdy said.

“It’s shocking since Excelsior is a small community,” Meredith said.