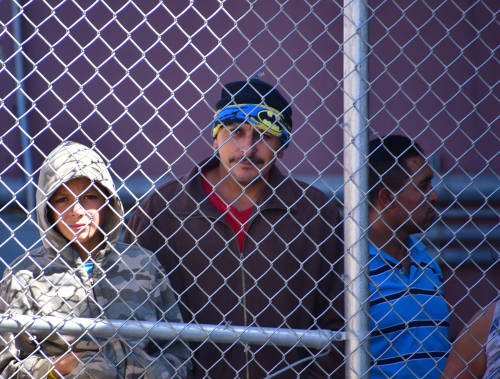 An illegal immigrant accused of terrorizing women and girls on a popular Virginia walking trail for months was also wanted for attacking a law enforcement officer’s wife in New York.

Since July, at least 21 separate assaults and sexual battery incidents have victimized women and girls along the Washington and Old Dominion Trail. A spokesperson for Immigration and Customs Enforcement (ICE) told FOX that “Juan Rodriguez Alfaro is an illegal immigrant from Honduras who has been deported three times.”

A warrant for attempted rape and sexual assault was issued for Rodriguez Alfaro in Suffolk County, New York, nearly a year ago, according to Fairfax County police.

In October 2021, a jogger was allegedly attacked by Rodriguez Alfaro wearing just a tank top, according to Suffolk County Police Det. Tom Corso, assigned to the U.S. Marshals task force. According to Corso, the woman, the wife of a law enforcement officer, managed to fight him off.

At the time, Rodriguez Alfaro lived in Suffolk County, according to Corso, but he later fled. In January of this year, Rodriguez Alfaro was believed to be living with an associate in Herndon, Virginia, before being charged with the attacks that started there in July.

As part of some Virginia incidents, the suspect was described as naked from the waist down. According to Herndon Police Chief Maggie DeBoard, Rodriguez Alfaro engaged in obscene sexual behavior on a jogger on Aug. 26 and grabbed the victim’s genitals before fleeing.