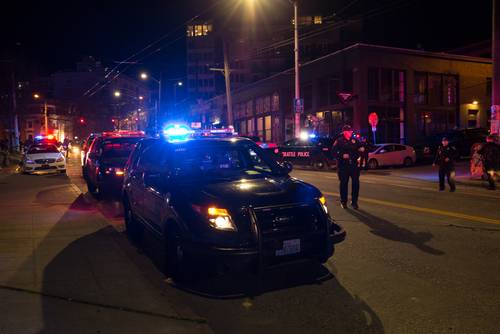 Police identified the suspect in Saturday night’s mass shooting at Club Q, but are still investigating whether the attack was a hate crime.

Police received numerous 911 calls about the shooting. Dispatched officers arrived at midnight and detained the suspect at 12:02 a.m., police said.

Authorities initially said 18 people were injured, but later increased the number to 25. Nineteen of the 25 injured victims had gunshot wounds. 5 shooting victims in total have died so far from their injuries.

Joshua Thurman told news outlets that he was inside a club dancing when he heard gunshots and saw a muzzle flash. He ran to the dressing room and called the police, and found bodies lying on the ground.

Bartended Michael Anderson said the night started out as a “normal night,” but when he heard three bangs, he saw the “outline of a gun” in the suspect’s hands. Anderson said he went to approach someone he knew who had been shot in the neck.

Anderson Lee Aldrich was the shooting suspect that was arrested for the deadly nightclub incident. He refused to comply with orders to surrender and was arrested after walking out the front door.

According to a news release, he was arrested in June 2021 on charges of felony menacing and first-degree kidnapping. During this previous run-in with police, Aldrich was arrested for allegedly making a bomb threat against two homes in Colorado Springs.

Colorado Gov. Jared Polis called the attack “horrific, sickening and devastating” and offered state resources to local law enforcement. In a written statement, Biden said that the LGBTQ+ community has been subject to horrific hate violence in recent years.