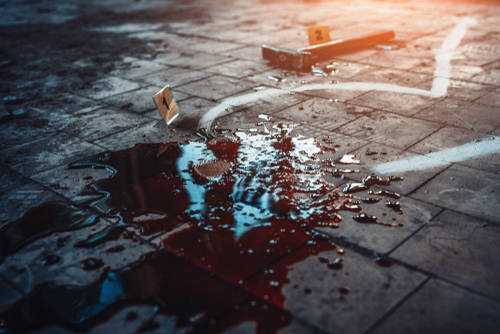 A murder trial is underway in a Texas courtroom for Taylor Parker. Reagan Hancock of New Boston, Texas was killed by Parker and her unborn child was removed from her body.

On Wednesday, Sept. 28, Texas Ranger Joshua Mason spent the majority of the day in the witness box. After Parker was arrested in Idabel, Oklahoma, Mason conducted interviews with the defendant.

In court, portions of the recorded interviews were played. According to Parker, she went by Hancock’s house the morning of the murder because she was concerned about Hancock having blackouts.

Parker said Hancock did not want her to leave. She said she and Hancock got into a fight and punched each other. Parker told police she used a scalpel to remove the unborn child and Reagan Hancock’s request.

Detective Mason told Parker that medical examiners found a broken scalpel in Hancock’s neck during the recorded interview. According to Parker, Hancock was still alive when she left the house and she did not remember stabbing her.

Her body was covered in more than 120 cuts and stab wounds, according to prosecutors.

In order to make it appear that it was her baby, Parker hid the umbilical cord in her pants. Asked why, Parker replied, “I wasn’t thinking clearly. I was freaked out.”

Parker had apparently been seeking a target before the day Hancock was murdered, according to investigators.