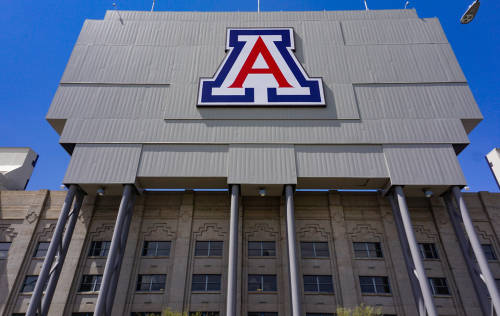 Wednesday afternoon, a University of Arizona professor was allegedly shot and killed on campus. The suspect is in custody.

University of Arizona Police Chief Paula Balafas made the announcement during a press conference at which she said that Murad Dervish, 46, was arrested by officers of the Arizona Department of Public Safety at 5:10 p.m. during a traffic stop near Gila Bend, Arizona.

According to Balafas, the department received a call around 1:59 p.m. stating Dervish, a former student, was in the John W. Harshbarger building. According to the caller, he was not permitted in that building, and law enforcement was requested to escort him out.

Officers were en route to the building when they received two separate reports that someone had been shot.

After running out the main doors of the building, the shooter fled the scene.

A Tucson Fire Department crew arrived at 2:13 p.m. to transport the victim to Banner University Medical Center. Upon arrival at the hospital, he was pronounced dead.

Robbins wrote, “This incident is a tragedy and a shock to our community.” “I have no words to undo it, but I grieve with you over Tom’s loss, especially for his family members, colleagues and students.” In this difficult time, I encourage you to be compassionate towards one another and to take care of yourselves and others.”

Police said the shooting took place in an office, but few details are available. No information was provided about the relationship between the professor and the shooter.

It’s a tragic event that affects the professor’s family, friends, and colleagues deeply,” Balafas said. There’s no doubt that it’s a tragedy. Our hearts are with them.”

The university asked all non-essential faculty, staff, and students to leave campus or go to their dormitories after the shooting. For the remainder of the day, all in-person classes were canceled.

While posting updates on the shooting, the university shared multiple mental health resources on its website.