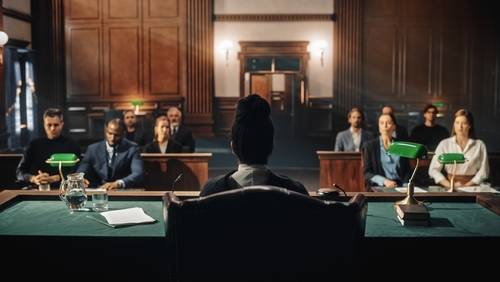 Gretchen Buselli tried to hire someone kill her ex-husband amid a custody dispute. She faces up to years in prison for her crimes against her ex-spouse.

According to the criminal complaint, Buselli claimed that her ex-husband had been sexually abusing their 5-year-old daughter. She also claimed that both of them had been verbally and emotionally abused by her spouse. During the trial, she claimed that the judge didn’t care and the system was corrupt.

Buselli told an old friend about the murder-for-hire plot, and claimed that him dying was a better alternative to continued abuse. Her friend was hesitant about the plan that she came up with and warned her against it.

Buselli used the U.S. mail, a cellular phone, and an encrypted mobile application to solicit the murder of her estranged husband. She later made false statements denying her involvement in the plot and her desire to have her husband killed.

Buselli agreed to pay $5,000 to an undercover FBI agent to murder her ex-husband and dispose of the body. She had left a soft-sided lunch box with an envelope containing $5,000 at a park. She later disposed of her clothing and socks from the event at a charity donation box.

Buselli faces up to ten years in prison for using a facility in the commission of murder-for-hire and five years for making a false statement.