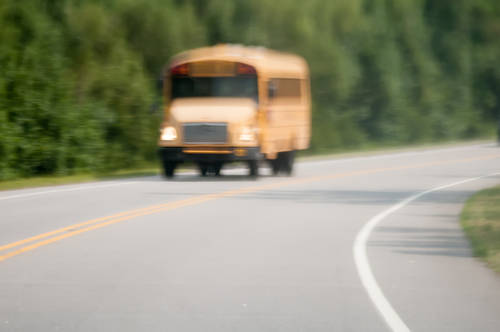 Police responded to the scene of a school bus accident and found that the driver was drunk and had a blood alcohol content (BAC) of .20.

Troy Reynolds, 48, was driving the school bus back from a field trip when he veered off the road. He crashed into a ditch, hitting a rock and damaging his tires.

Despite a flat tire, he still attempted to keep driving. The adults on the bus convinced Reynolds to follow another bus, and the two buses finally stopped in a parking lot.

When police arrived at the parking lot, Reynolds was tested to see if he was sober. He failed the test and was found to be intoxicated.

Fairfax County law enforcement welcomed students at a nearby training facility as they awaited safer transportation back to the school.

Police and fire personnel treated several wounded children for minor injuries, and Reynolds was taken to the adult detention center for having such a high blood alcohol level while he was driving a bus full of children.

He was charged with a second-degree DWI with a child aged 5-10, commercial DWI with child endangerment, and nine counts of reckless care for a child. He is being held in custody without bond.

DC Public Schools Chancellor Lewis Ferebee shared a statement Thursday on Twitter thanking the teachers and staff who ensured the students’ safety on their field trip.

DC Public Schools Chancellor Lewis Ferebee said they will do a thorough review of their transportation vendors to ensure student safety is always prioritized.

Police said Reynolds’ license had been revoked in Virginia and suspended in Maryland, and he was carrying a fake medical card. They also found 18 safety violations between Reynolds and the other bus driver that was helping with transportation- far too many to be driving such vulnerable passengers.