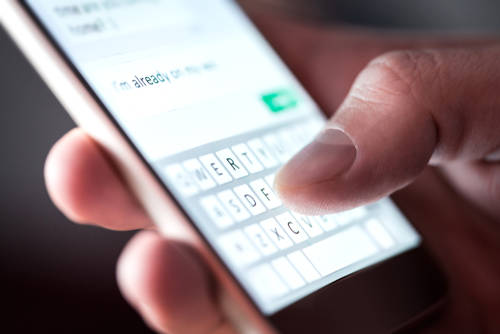 Prue Taylor, who owns a hair salon in Melton, west Melbourne, said her apprentice Chelsea Goggin, 18, sent a frantic string of texts right before work. The texts came in 10 minutes before her shift was due to start, and Chelsea was not en route to work.

This behavior was very atypical for Chelsea, and when Prue responded she heard the devastating news firsthand.

Chelsea told her that her brother’s heart had stopped beating.

On Friday morning, at 8am, Nathan complained of back pain and collapsed. Chelsea went to get him water and didn’t leave the room. She watched as paramedics fought for two and a half hours to revive her brother Nathan.

Nathan Stephens, who was just finding his feet financially after his mother split from her partner, died after a back spasm activated the aneurysm in his heart.

Grieving mother Helen Stephens lost her 16-year-old son Nathan after the fatal medical incident. She still has the text messages from her daughter telling Stephens that the ambulance needed to be called. Nathan’s mother is now trying to raise money to give him ‘the farewell he deserves’.

Prue Taylor is now raising money to give Nathan the farewell ‘he deserves’ after paramedics spent multiple hours trying to revive him at the family’s west Melbourne home in Melton.

Doctors believe a back spasm may have triggered Nathan’s heart attack, and the family have set up a GoFundMe page to give Nathan a final farewell that honors his memory.

Nathan was a video game player and history buff who is remembered as a really good kid. He will be sadly missed by all who knew him, and his mother hopes his story helps parents to cherish their children even more. Her hope is that parents will hug their kids a little bit tighter while they’re still around.