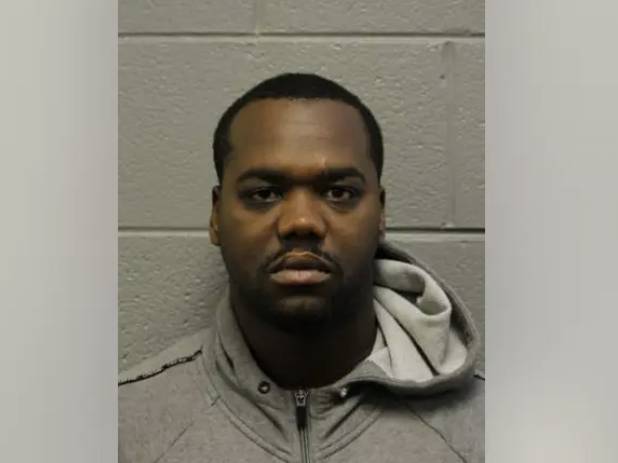 In addition to Absalom Coakley and the two victims, roughly 50 people attended the party on Sept. 24 at a home in the 1300 block of South Harding Avenue, according to Assistant State’s Attorney Christopher Nugarus.

There was an argument early in the morning, he said, when a fight erupted in the kitchen.

Afterwards, Coakley, 29, fired a single shot with a .40-caliber handgun, striking Terrance Johnson Jr., 29 years old, in the back of the head, according to Nugarus and the Cook County medical examiner’s office.

A short time later, Coakley and Terrance Young, 30, got into a separate altercation outside, officials said. Afterwards, Coakley shot Young in the face before fleeing in a vehicle.

Nugarus said surveillance video showed Coakley wearing “distinctive clothing,” including a sweatshirt with a large “V” on the back, during the second shooting. In surveillance footage taken at a nearby gas station shortly before the shootings, he could be seen wearing the same sweatshirt.

Witnesses identified Coakley from the videos, and one picked him out of a photo lineup as the perpetrator.

Nugarus and Chicago police report that Coakley was arrested Oct. 3 while getting into a rideshare vehicle on West Ohio Street. He was carrying a .40-caliber handgun, which is now undergoing ballistics testing.

Officials said he faces felony charges of first-degree murder and aggravated unlawful use of a weapon.

According to Nugarus, Coakley was free on a $15,000 deposit bond in an attempted murder case filed in 2016.

As well as being on probation in a drug case from 2014, he had repeatedly violated the conditions of the probation, Nugarus said. Prior to that, he had been sentenced to two years in prison for fleeing and eluding.

Christopher Anderson, Coakley’s public defender, described his client as a hardworking father of four with deep ties to his community. According to Anderson, Coakley coaches football, works with the Chicago Park District, and plays piano at a church.

In response, Nugarus noted Johnson was shot in the head, and Young’s killing was videotaped.

In the new case and in the other cases in which he violated the terms of his release, the judge ordered Coakley to be held without bail.

“I find that based upon these charges, he’s a clear and present danger to the community,” she said.