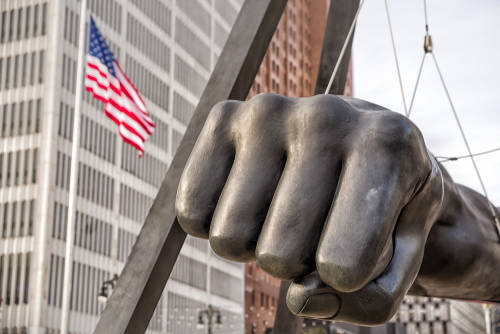 As a young man, he showed considerable promise in becoming the first African American hedge fund manager in Michigan.

The federal government seems to have accepted his plea agreement for defrauding the people who trusted him.

Having learned about stocks from his father, Middlebrooks made headlines as a child prodigy. Eventually, he developed his own specialized research program for analyzing stocks and funds in real-time, and he opened his own fund in Detroit, the EIA – All Weather Alpha Fund.

In 2017, he started off with an award-winning performance, but things quickly went south. In an announcement Wednesday (Oct. 12), the U.S. Attorney’s Office stated, “Middlebrooks’ (sic) investments failed to deliver the returns investors expected leading to catastrophic losses.” Middlebrooks continued to solicit money and lied to investors about EIA’s investment performance rather than admitting that the fund was losing money.

He assured the highly wealthy individuals he spoke with that his new technology would generate massive returns for them. In court documents, it is stated that Middlebrooks reported positive returns of 135.74% in 2020, despite the fact that EIA had incurred losses of over $13 million. In addition to using funds from the fund for living expenses, Middlebrooks transferred funds to his wife’s business.”

As time went on, the scheme devolved into a Ponzi scheme.

“Middlebrooks has paid more than $9 million back to investors under the claim that the money represents returns generated by EIA trades. This money was provided by new investors. A total of $27 million was lost by at least 100 investors.”

In May, the Securities and Exchange Commission shut down EIA and handed over the case to the United States Attorney’s Office.

Middlebrook’s attorney said this case was unique among Ponzi scheme operators in that the fund actually attempted to invest the money. The operator of the fund had friends and family invested in the fund and the operator reported himself to the U.S. Attorney’s office in Detroit.