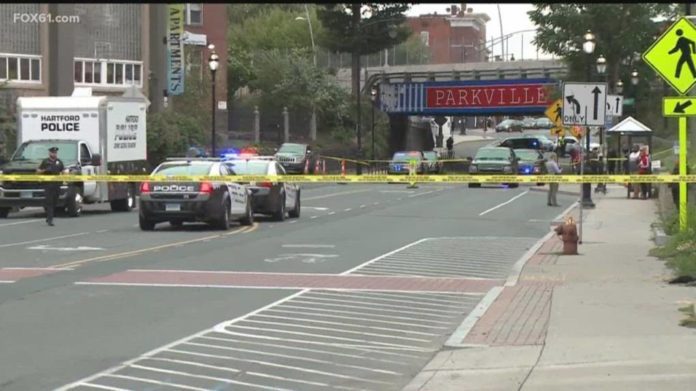 At 11 o’clock on the afternoon of October 4th, a deadly carjacking took place in Hartford. One person is dead and two others are critically injured after multiple shots were fired near the Lofts on the Park in Hartford.

Police found a man unresponsive in the parking lot of an apartment building and another man suffering from gunshot wounds next to the building. Both men were taken to an area hospital and are in critical but stable condition.

Police confirmed that there was a fatality on the scene, and began redirecting traffic in the area to investigate the crime scene.

Police said the incident began as an attempted carjacking, but the driver retrieved his own gun and engaged the suspects.

Investigators said one suspect was fatally wounded and the other, 22-year-old Joseph Ray, of Hartford, is expected to survive. Ray is facing charges including criminal possession of a firearm.

As the investigation into the crime was in full swing across the city, Church leaders and other Hartford officers marched to stop the ongoing violence. They are spreading information on where to get resources, something residents near the latest crime scenes say they need more of. Residents are now left wondering what they need to do to protect themselves from experiencing a similar tragedy.

For additional information on this fatal carjacking incident, please consider the news outlets below to stay in the know.