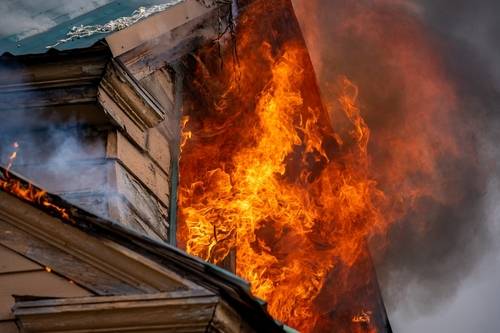 On Oct. 1 at about 5 a.m., police found Camila Behrensen, 24, and Pablo Guzman-Palma, 25, dead in an apartment building. They are asking people to provide surveillance video or pictures from exterior home cameras.

The two South American students and researchers were homicide victims in this Kansas City fire. They were both pre-doctoral graduate students at the Stowers Institute for Medical Research.

Fire fighters discovered the bodies of Behrensen and Palma while extinguishing a blaze, and have been joined by bomb and arson detectives in the investigation. No arrests have been made, and police are still working to identify a possible suspect.

Resident Raul Gonzales was awakened by alarm sounds and learned that his building was on fire. He said he knew his neighbors as Spanish speakers who liked to entertain friends at their apartment.

Leaders at the Stowers Institute released a statement on Monday, including biographical information on both students.

Behrensen has a bachelor of science degree from the University Argentina de la Empressa and dreamed of one day earning her postdoctoral degree and leading her own research team.

For additional information on this story, please consider the news outlets below to stay in the know.