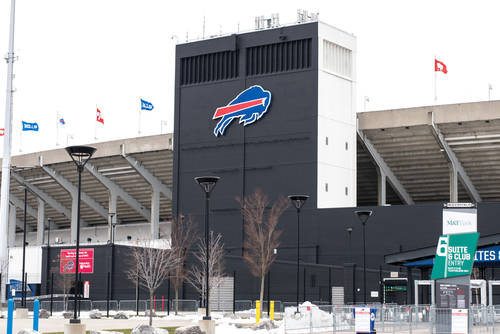 The Buffalo Bills released punter Matt Araiza after a civil lawsuit was filed alleging he and two of his former San Diego State teammates gang raped a minor.

Araiza was not at practice Saturday and did not speak with media after the preseason game against the Carolina Panthers. The team is trying to put the facts together and wants to focus on playing football.

Bills general manager Brandon Beane confirmed that the team’s assistant general counsel spoke to Jane Doe’s lawyer, Dan Gilleon, in late July and that Gilleon “laid out some of the things that they were accusing Matt and others of.” The team is still trying to piece together the information.

A lawsuit accuses Araiza of raping a 17-year-old girl at a party, and pulling out her nose, belly button and ear piercings during the acts. His attorney says the allegations are untrue, and he hopes to see Araiza back in the NFL soon.

The victim appeared in a news interview with her face blurred out and showing evidence of severe bruising. Described a situation in which she was going in and out of consciousness as she was assaulted by various members of the San Diego State football team.

The Bills were informed of the accusations against five current and former San Diego State football players after the follow-up story was published.

Araiza was selected by the Bills in the sixth round of the 2022 NFL draft. He received significant attention in the preseason for an 82-yard punt against the Denver Broncos.

A criminal investigation is ongoing into the alleged events, and San Diego State University is also investigating. The NFL said it was aware of the lawsuit but declined to comment.

The Bills released punter Matt Haack on Monday and named Araiza the team’s punter for the 2022 season. Quarterback Matt Barkley punted four times for the Bills against the Panthers.