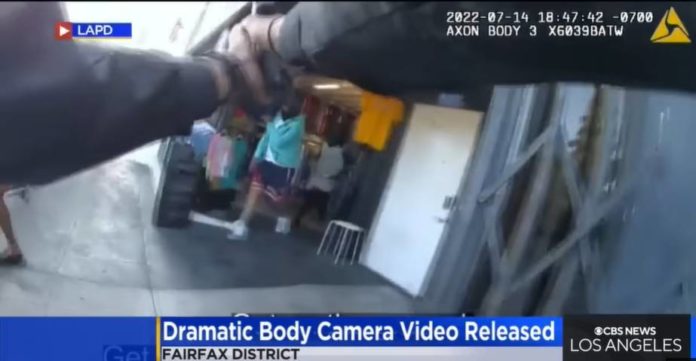 Ultimately the two men terrorizing and robbing the store got away in an area of Los Angeles known as the Fairfax District.

A police officer shot two men in a clothing store on Melrose Avenue, but they took off in a black SUV.

Police released video from inside the store showing the suspects’ gun and a scuffle with the store’s owner before the two men ran out. The officers gave both suspects verbal commands to stop and drop their weapons, but the suspects refused to comply, and one suspect raised his handgun.

The LAPD says it is still looking for two armed robbery suspects, and the investigation into the police shooting is not final yet.

For more on this and similar stories, please consider these sources: