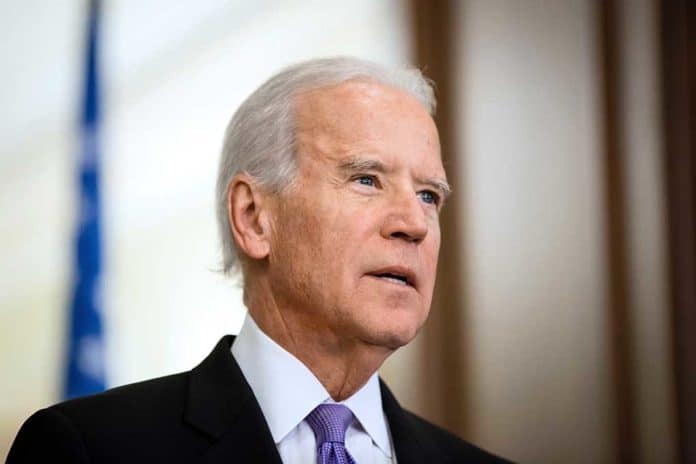 (InformingNews.com) – President Joe Biden has had a rough first year in office. His huge Build Back Better agenda suffered defeat due to a senator in his own party refusing to support it. Now, Biden is back in the Senate begging Democrats to help him out with a new plan, and the results are not good.

After the big failure with his social infrastructure bill, the president shifted his focus to voting rights legislation. To pass it, the Senate would need to end the filibuster, and every Democrat would need to be on board. Unfortunately, after a meeting with key people on January 13, Biden had to admit defeat.

The person he focused on was Senator Kyrsten Sinema (D-AZ) who had recently spoken out against ending the filibuster. After he met with Democratic members, President Biden said he wasn’t sure it was possible to get the legislation passed, but he would continue working to push it through.

President Joe Biden said he’s “not sure” his elections and voting rights legislation can pass Congress this year. He spoke after Sen. Kyrsten Sinema announced her refusal to go along with changing Senate rules to get past a Republican filibuster blockade. https://t.co/rCaiUoNgKO

Sinema called changing the chamber’s rules a mistake. She feels removing the filibuster would give too much power to the majority party and would be a blow to democracy. The lawmaker is not alone. Senator Joe Manchin (D-WV), who ended all hope for the Build Back Better Act, is also deeply against the change.

The fight over the filibuster is the result of deadlock in the Senate. An even 50/50 split means Republicans can use this tool to avoid voting because it takes 60 members to force a vote. It’s one of the only powers the minority party holds. And with Democrats aiming to pass far-reaching legislation, it’s one of few obstacles to the Biden administration’s agenda becoming law.