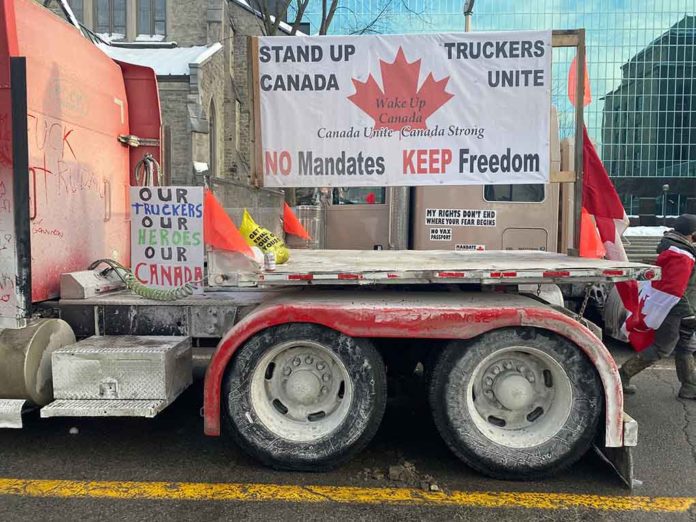 (InformingNews.com) – The Freedom Convoy, composed of truckers and other protestors, has been occupying Ottawa, Canada, for weeks in opposition to the country’s vaccine mandates. While the group has received a lot of bad press from the media and pushback from local politicians and bureaucrats, it appears the convoy may be realizing its goals.

On February 8, Alberta Premier Jason Kenney ended his province’s vaccine mandate and said other restrictions would lift over the next few weeks. The premier said the rules changed because they had served their purpose, and there was no longer a need to keep them in place.

Kenney was not alone in lifting the mandatory orders requiring people to get the COVID-19 vaccination. The premier of Saskatchewan, Scott Moe, also announced the end of public health orders, including the vaccine mandate, starting February 14. Quebec leadership vowed to lift most restrictions by March 14.

The trucker-led convoy is causing serious supply chain issues within Canada as protests have blocked major roadways and led to the shutdown of the border. The traffic congestion, horn honking and blocked access have also caused major disruptions. While province leaders haven’t mentioned the convoy in their announcements, it’s hard to believe the unrest isn’t somewhat impacting their decisions.

Do you think the Freedom Convoy impacted these policy changes? Send us an email and let us know.