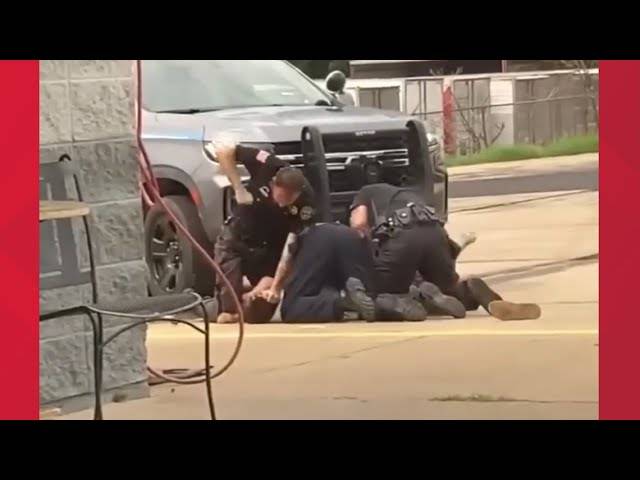 Three Arkansas law enforcement officers were suspended on Sunday over a video that showed two deputies and an officer striking a suspect under arrest. The Mulberry Police Department said the officer involved in the incident is on leave pending the outcome of the investigation.

Police were called to a convenience store in Mulberry, Arkansas, where a man was making threats to an employee. The man was later arrested and charged with burglary, resisting arrest, and assault.

The man who was arrested allegedly made terroristic threats to a gas station employee, spitting on them and threatening to cut off their face. He then traveled to Mulberry, where he attacked a police officer, pushing the officer to the ground and punching the officer’s head.

Two deputy sheriffs and a Mulberry Police officer are on suspension due to an investigation of excessive force.