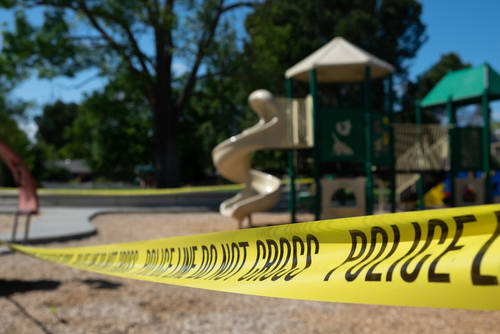 Five people were injured after nearly 100 shots were fired outside of a West Philadelphia recreation center while children were inside practicing sports. One victim is in critical condition, and two others are in extremely critical condition, police said.

Police heard gunshots and saw four males getting into a white SUV. The car that they drove to get away from the scene of the crime crashed just blocks away. Three of the suspects were caught, and three others are being sought by authorities.

Investigators determined the fifth victim was driving a BMW when he unknowingly drove into the gunfire and was struck. He had a permit to carry, but it’s unknown if he fired his gun.

The men jumped out of the car and tried to run away from the police before being taken into custody. Multiple guns were found inside the getaway car, and nearly 100 shell casings were found on the scene.

For more details on this violent shooting incident, please consider the news outlets listed below to stay in the know.