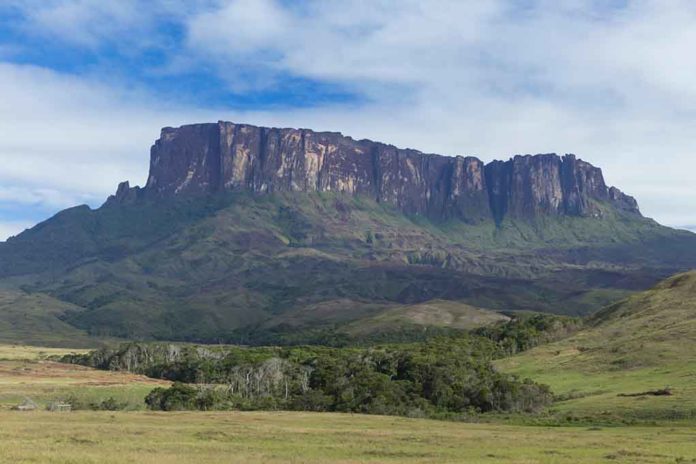 (InformingNews.com) – Russia’s aggressive tactics against Ukraine have brought an onslaught of sanctions by the United States. With Russian oil at the top of the list as a potential new way to punish Vladimir Putin, the US is looking to unusual options to replace supplies. The White House entered into talks with Venezuela despite the five-year gap since the two countries last met.

At the palace in Caracas, the two groups discussed potentially rolling back oil sanctions. The United States asked for reforms in the oil industry, free elections and the release of American citizens held in Venezuela. The delegates also requested Maduro to condemn Russia’s actions despite the president already publicly defending them.

US officials offered to allow Venezuela to use the SWIFT system to move its money into accounts from the Russian Promsvyazbank, which is currently under sanctions. Maduro asked the United States to lift all sanctions on oil exports and those on him and other officials. He also requested for the control back of Citgo Petroleum.

Results of the Talks

It’s been five years since the US and Venezuela have had diplomatic relations. The United States broke off relations with the nation in 2019, closing the Caracas embassy over suspected election fraud by Maduro. The Trump administration put oil sanctions in place and recognized opposition leader, Juan Guaido, as the rightfully elected president.

Under the current situation with Russia, the White House decided to go forward with the talks. The main goal of the meeting was not to reach a deal but to gauge where the Venezuela leader is in regards to his relationship with Russia. Some reports say President Biden has concerns about Russia’s allies in Latin America and the threat they may pose to the United States. Gauging the atmosphere in Venezuela may have been part of an intelligence-gathering mission for national security.

The move also might have been part of planning ahead for the possibility of further sanctions against Russia, specifically when it comes to oil supplies. The delegates were looking to see if Venezuela could be a new supplier.

Insiders say the group didn’t make much progress in the weekend meeting, but none of the parties involved would issue a comment. The United States did agree to a follow-up meeting, but there is no date set.