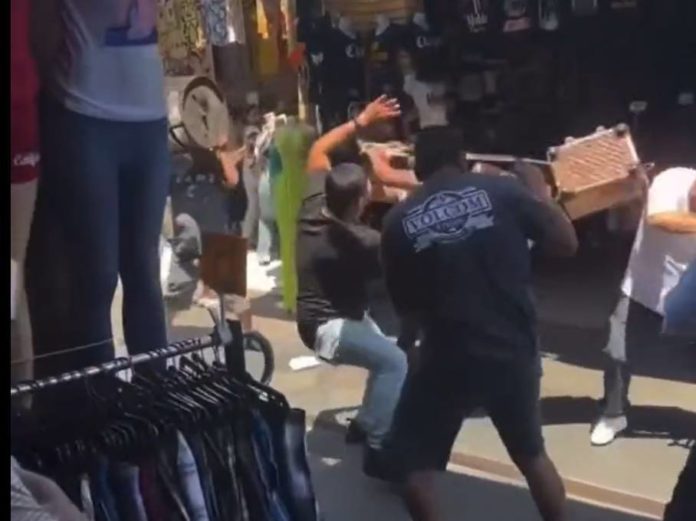 Santee Alley, a collection of outdoor vendors selling cheap fashion and knock-off designer bags, was the scene of an all out melee on Thursday.

What started as an argument quickly escalated into an ‘anything goes’ crutch swinging, trash can throwing, hair-pulling street fight.

The altercation started when an couple was asked to move by a store attendant. The couple did not like the ‘tone’ of the store attendant who confronted her. Supposedly racial slurs were used which escalated into a physical attack on the female employee. After that males jumped into defend the attendant and chaos followed.

The association of vendors who occupy the spaces there has since hired a full-time security guard since the vicinity of Los Angeles’s Skid Row was already a stigma that kept people from shopping there and more tourists from coming in.

For more on this story, please consider these source: