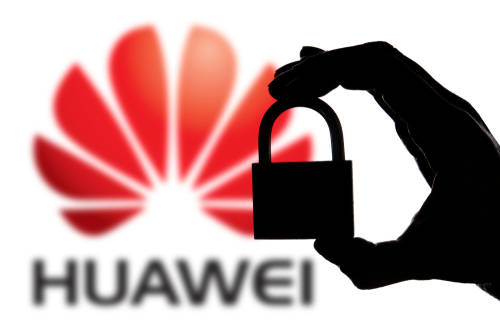 The Biden administration is investigating Huawei over concerns that its equipment could capture sensitive information from military bases and missile silos and transmit it to China. The investigation was opened by the Commerce Department shortly after Joe Biden took office. President Trump first put Huawei on the banned entities list in 2019 over national security concerns.

Huawei did not respond to a request for comment, but the Chinese embassy in Washington said the U.S. government abuses the concept of national security to go after Chinese telecommunications companies without providing any solid proof that they constitute a security threat.

The Commerce Department could ban all U.S. transactions with Huawei if it determines the company poses a national security threat, according to lawyers, academics and former officials.

The company denies allegations that it could spy on U.S. customers, but the FBI has warned that Huawei could collect any information that traverses its devices or networks and give it to the Chinese government.

Viaero provides mobile telephone and wireless broadband services to about 110,000 customers in the region. It said that approximately 80% of its equipment was manufactured by the Chinese firm, and that it had not been updated on rip and replace efforts in more than two years.

The Commerce Department probe could give additional bite to the FCC’s crackdown on Huawei, but Rick Sofield said there was nothing new in targeting Huawei.

The Commerce Department is using authority granted in 2019 to ban or restrict transactions between U.S. firms and internet, telecom and tech companies from “foreign adversary” nations including Russia and China.

The investigation into Huawei was one of the first cases using the new powers.