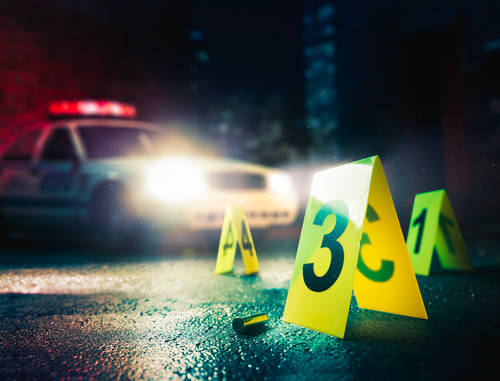 ‘Unprovoked’: Arrest made in murder of 70-year-old Florence grandmother – KXAN.com

A 26-year-old man was arrested and charged with murder after a woman was found shot to death outside of Florence.

Diana Lynn Pier, 70, was found shot to death in the middle of the road outside Florence on August 4. Police found Pierre dead at the site of her murder last Thursday. They called on the community to help find the suspect or suspects in this case.

Diana Pier’s obituary said she was a legal secretary, a notary, worked at Exfluor/FluoroMed for 24 years as a document controller and belonged to St. Helen Catholic Church in Georgetown and Saint William Catholic Church in Round Rock.

Police searched for the murderer of this elderly church-going woman who lived in a rural area. The victim’s daughter was also looking for answers, offering a $30,000 reward for information that could lead to an arrest.

Williamson County sheriff’s Cmdr. John Foster said the shooting was an unprovoked random act of violence. Foster responded to questions from the media and stated that the department was processing footage of that evening. However, he would not specify what kind of footage it had.

The suspect has recently been found and put in custody. Joshua Anthony Gilbreath, 26, was arrested on a murder charge in connection with the slaying of Diana Lynn Pier, 70, of Florence.

For additional updates on the murder of this beloved grandmother, please consider the news outlets listed below to stay in the know.