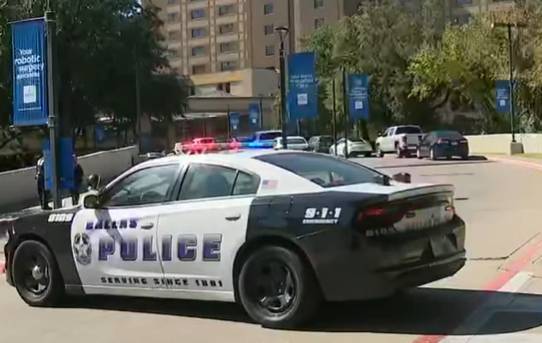 On Saturday morning, two employees of Methodist Dallas Medical Center were killed in a shooting.

Police say the shooting took place around 11 a.m. Saturday inside the hospital on the 1400 block of North Beckley Avenue.

A Methodist Health System police officer confronted the suspect after he shot and killed the employees, according to the hospital’s preliminary investigation.

Nestor Hernandez, 30, was shot by the officer, injuring him. He was then detained, stabilized, and transported to another hospital.

According to the CEO of the Combined Law Enforcement Associations of Texas, the suspect shot two maternity ward nurses. An officer in the area saw the suspect with a gun and fired a single shot, striking Hernandez.

During the shooting, Hernandez was wearing an ankle monitor and on parole for aggravated robbery.

On Saturday morning, Denise Jones went to visit her parents at the hospital when her father called her.

“He told me there was a shooter in the building. He told me to get back in my car and drive as far as possible from the hospital.”

The woman said her father locked himself in the hospital room with a chair in front of the door.

According to the hospital, there is no ongoing threat.

As part of the investigation, Methodist Health System Police are working with the Dallas Police Department.

In a statement released by the hospital, they said the Methodist Health community is heartbroken by the loss of two beloved nurses and that their prayers are with the friends and family of the deceased. Adding that there is no ongoing threat to the hospital.