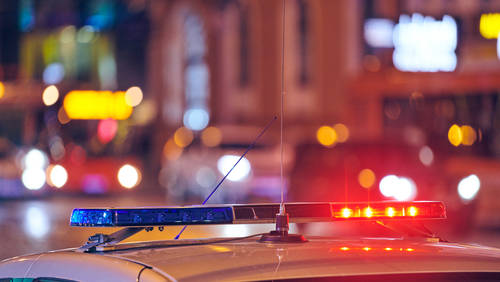 Two malnourished teen siblings escaped from handcuffs at their home in Texas this week. They waited to make their escape until their mother and her boyfriend were sleeping.

The court documents said the twin girls had an orbital fracture and their hands were deformed and swollen, and they were forced to drink water from the water supply valve used for the washing machine. They were also forced to drink urine and eat feces.

A neighbor answered the door to the teens. The woman admitted to a reporter that she was terrified when she answered her door. The victims that showed up to her door were both barefoot and barely clothed, as the girl was only dressed in a grocery bag.

The neighbor fed them and wrapped them in blankets while learning about their alleged abuse. She immediately called the authorities upon hearing their story.

Deputies found the twins, who were covered in bruises, partially clothed and starving, at a home in Cypress where their mother, Zaikiya Duncan, 40, and her boyfriend, Jova Terrell, 27, had abused them. Duncan and Terrell could be charged with continuous violence against the family.

Authorities spent hours trying to find out which home the teens fled from, and then issued an Amber Alert for five more children.

Duncan and Terrell were arrested in Louisiana after a fugitive traffic stop, and an Amber Alert was canceled for Duncan’s children. Five additional siblings were identified and accounted for at a relative’s house. All seven children are now in Child Protective Service custody.

While at the Texas Children’s Hospital, the twin boy told law enforcement that his mother forced him to take 24 Benadryl tablets, and that she also forced his sister to take Benadryl. The twins claimed their mother also forced them to use dirty mop water to clean themselves.

Duncan and Terrell were taken to Louisiana, where they were held without bond. It was unclear Friday what the condition of the children was.