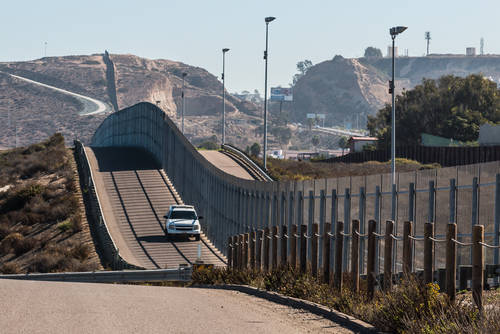 ICE confirmed to Fox News on Friday that two Mexican nationals charged with murder were in the country illegally.

Ned Byrd, a K-9 deputy, was shot multiple times and found dead even though he wore protective gear. Byrd was a 13-year veteran of Wake County, North Carolina, law enforcement.

The elder brother had been deported to Mexico but re-entered the country illegally through Arizona.

ICE said that Rolando Marin Sotelo, the younger brother facing a weapons charge, was encountered as an unaccompanied child in 2019 and was released into the U.S. via humanitarian parole.

ICE detainers request that illegal immigrants be transferred to ICE when released from custody. However, Wake County is a “sanctuary” jurisdiction and limits cooperation with ICE.

The Marin Sotelo brothers’ immigration status has already led to questions from the state’s lawmakers. They wrote to Homeland Security Secretary Alejandro Mayorkas requesting information about the suspects.

The lawmakers are requesting information on 500,000 illegal immigrants that have evaded Border Patrol agents this fiscal year. That is on top of the estimated 2 million encountered by border patrol.