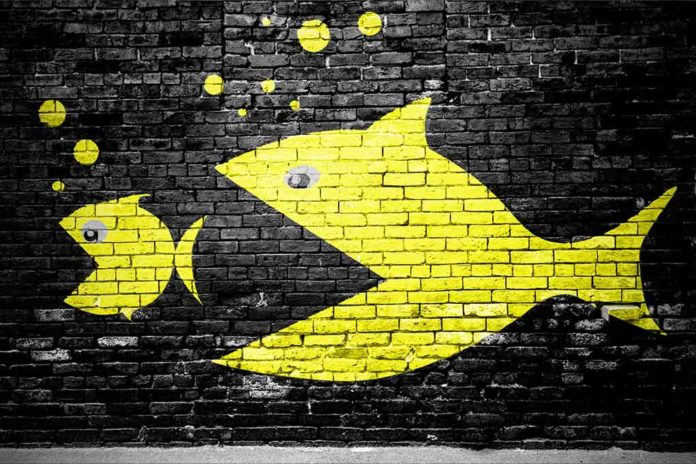 Current FDIC chair Jelena McWilliams has held the position since 2018, but due to concerns over the direction of the government, she submitted her resignation and will leave office on February 4.

McWilliams resigned on December 31 in a letter to President Joe Biden. She talked about being an immigrant who came here 30 years ago from Yugoslavia in the message, saying she fell in love with the country and the way the government works. The chair explains she holds a “deep appreciation for these venerable institutions and their traditions” and feels honored to have held the FDIC position.

While McWilliam’s official resignation letter was very positive and professional, she did an op-ed in the Wall Street Journal in December that sheds more light on the exact reason why she is leaving her job.

In the piece, the chair warned that Democrats are taking over the agency using aggressive moves and trying to alter the fundamental operations of government institutions. She explained the FDIC is independent and neutral. McWilliams noted the five-year term of the chairman was by design to prevent political influence and upheaval due to changes with each election.

For decades the FDIC has maintained this independence and ran smoothly despite what may be happening in politics, but things changed on October 31. A request from the new director of the Consumer Financial Protection Bureau (CFPB), Rohit Chopra, was very much out of line with the standard policy.

The traditional process involves documents from senior staff within the FDIC who are experts in the matter. The request from the CFPB had many errors and issues, so she offered to create an FDIC-prepared document on an expedited timeline.

However, the CFPB responded just to change the original document instead of creating a new one. The order came when McWilliams was on a work flight to Europe and could not direct her staff. Chopra also sent an email telling FDIC staff to vote on the original, an invalid vote. He then approved the results and posted the document to the CFPB website as an official FDIC item.

McWilliams saw this move as the CFPB trying to overtake her staff. She said it is the first time in history there has been an attempt to work around the FDIC chairman, and she took this as a very political move to take over an independent agency. The chair declared it an effort to end traditional processes and procedures and a strike against democracy and the sanctity of government institutions.

McWilliams explained she came from a country where people in power overthrew the rules in an attempt to take complete control, and she cannot stand to think that will happen here.

Does McWilliams make a valid point? Is it right for Americans to worry that the progressive Democrat agenda is trying to change the country to suit their needs?