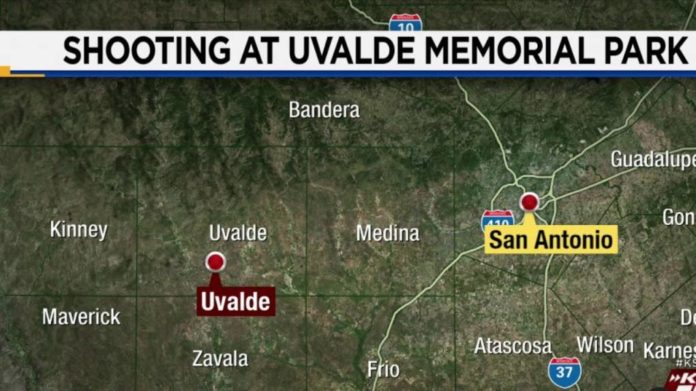 Four people are in custody in connection with the shooting, and authorities are assuring the community that it is “not a dangerous situation for the general public”.

A spokesperson for the Uvalde Together Resiliency Center said all staff are safe and can provide comfort and support to surviving families.

The Texas Department of Public Safety said it is assisting local law enforcement in the investigation of a shooting at Memorial Park.

Gov. Greg Abbott offered the state’s full support to law enforcement in the investigation of the Uvalde Memorial Park shooting, and directed the Department of Public Safety to send additional trooper units and Special Agents to target the five gangs operating in Uvalde.

The shooting comes as the community is still on edge after the Robb Elementary School massacre. Many residents are not confident in law enforcement and the effectiveness of their response.

Texas Gov. Greg Abbott said he was outraged by the gang-related violence and that he would bring justice to the gangs. The four people who are currently in custody are being questioned about the crime.