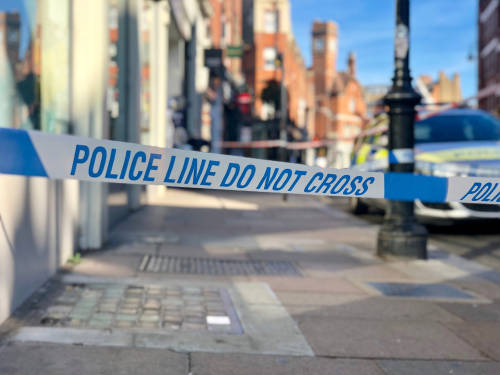 A young boy was murdered in West Oak Lane. Philadelphia police are trying to find out what led up to the shooting of an eighth-grader from Wagner Middle School, who was in the head and face.

13-year-old Jeremiah Wilcox was shot multiple times in the city’s Ogontz section Monday night. He was hit in a drive-by shooting. However, the police are not sure whether he was struck intentionally after being targeted by the shooter.

Police said two young males had been seen running away from the area, but as of Tuesday morning, no potential motive or suspects had been identified. They are hoping witnesses come forward.

When they arrived at the scene, police found the teen boy shot multiple times on the sidewalk in West Oak Lane. He died two hours later because he never regained consciousness.

Reports indicate that the boy was on an intersection with his friends at the time of the shooting.

According to Philadelphia police, there have been 416 homicides so far this year, which is still high compared to other years. This has caused outrage in the local community. Activist Jamal Johnson urges people to come out and sit on their steps in protest of this spike in murders.

For additional insight on this story, please consider the news outlets below.