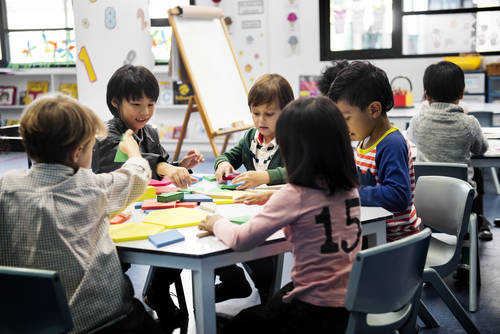 Several children and staff were taken to hospitals Tuesday morning after a mysterious carbon monoxide leak at a Pennsylvania daycare.

Around 7:30 a.m., firefighters responded to a call about an unconscious child at the Happy Smiles Learning Center, according to Allentown spokesperson Genesis Ortega.

When the firefighters’ carbon monoxide monitors alerted them to high levels of the odorless, colorless gas, they immediately took action. As a result of further investigation, “dangerously high levels” of carbon monoxide were discovered, which prompted the fire department to evacuate the building in its entirety.

There were ambulances rushing to the scene from multiple cities, according to Allentown fire Capt. John Christopher.

According to Christopher, at least 27 children and staff were transported to hospitals by ambulance. He said five more people from the daycare arrived at a hospital via private transportation.

According to Ortega, all 27 patients transported by ambulance were stable. There were another 25 children and staff treated on site, she said.

In a statement released Tuesday afternoon, some of the 19 patients treated by Lehigh Valley Health Network were discharged, while others had high levels of carbon monoxide that “required more aggressive treatment.” Andrew Miller, the head of pediatric emergency medicine at the network, said in a statement that some patients had to be transferred to Hospital of the University of Pennsylvania and Children’s Hospital of Philadelphia.

According to Miller, some patients had carbon monoxide levels up to 10 times normal.

According to Miller, the 17 children treated at the Lehigh Valley hospitals were between the ages of several months and ten years old.

Investigations are underway to determine what caused the carbon monoxide leak. As of late Tuesday morning, firefighters were still at the daycare “mitigating the problem and ventilating the structure.”

According to the US Centers for Disease Control and Prevention, more than 400 Americans die every year from unintentional carbon monoxide poisoning.

Many sources of carbon monoxide can be found in the home, including gas stoves, generators, and other gasoline-powered equipment, car exhaust, gas space heaters, fireplaces, and gas water heaters, according to the Environmental Protection Agency.

People are at risk when they are in poorly ventilated, enclosed spaces where carbon monoxide is trapped, according to the Mayo Clinic. Using generators indoors after a power outage can result in carbon monoxide poisoning.

The body’s ability to absorb oxygen can be diminished if too much carbon monoxide is inhaled – causing serious tissue damage.

“Excessive inhalation of CO can have acute and long-term implications, including harm to the heart and brain, which require a lot of oxygen,” Miller said.