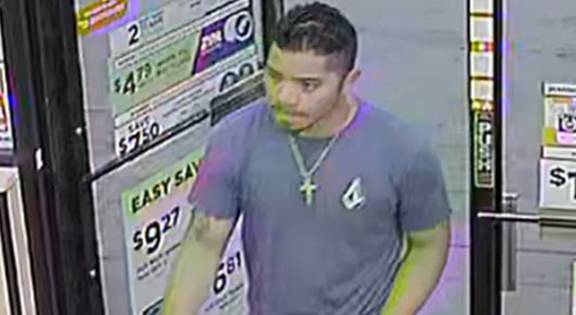 The Aurora Colorado Police Department is searching for a man who allegedly told two customers at a gas station that “they don’t belong here” before spraying them with gasoline and looking for a lighter to set them on fire.

The attack happened at a gas station in western Aurora around 11 p.m. on July 23, police said.

The attacker confronted the two victims who were speaking Spanish, shouting “you don’t belong here” before spraying them with gasoline and saying he was “going to set them on fire.”

The suspect them through a rock at their car window, stole their keys, and sped off in another vehicle.

Do you know this man?

On July 23rd @ 11 pm, @ Rocket Gas Station 1100 S. Havana St. this man confronted other customers who were speaking Spanish. He told them they don't belong here and followed them to their car.