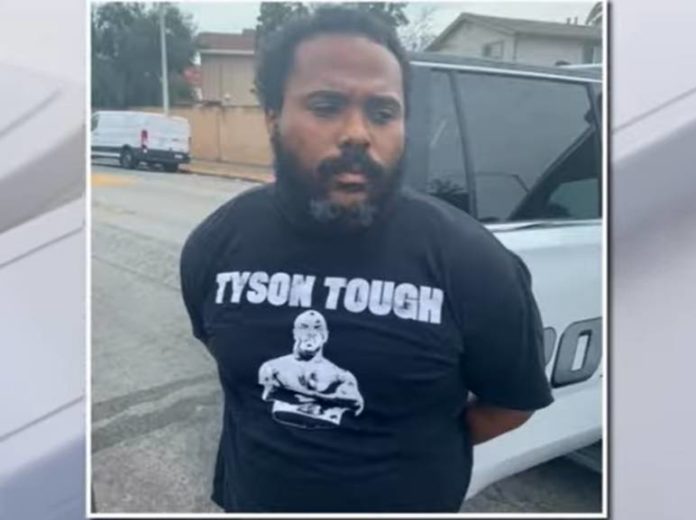 According to a news conference held on Sunday, authorities have captured the man suspected of killing an eight-year-old girl whose body was found in his central California home nearly six months ago.

While searching for a missing 8-year-old girl in March, investigators found Sophia Mason’s body at the home of her mother’s boyfriend, Dhante Jackson, in Merced. According to a news release issued by Attorney General Rob Bonta’s office on Saturday, Jackson had been captured.
According to Perez, investigators found Mason malnourished, severely abused, and living in a shed in Jackson’s backyard.
A family member, who was not identified in the statement, called Hayward Police on March 8 to report an at-risk missing juvenile. The disappearance of Mason was investigated by detectives, and within two days, Mason’s mother Samantha Johnson was arrested after it was determined there had been a “probable cause” for “corporal injury on a child,” said Hayward officials.
According to a statement released by the Hayward city, Merced PD added murder charges against Johnson to the charges filed by Hayward PD.
Not long after Johnson was charged, authorities began searching for Jackson.
“Detectives tracked Jackson’s location quickly based on evidence, but he eluded arrest with the help of several people,” Perez said.
A hundred hours of analyzing and deciphering electronic forensic data were “huge” to the case, according to Perez. Police also executed 20 search warrants to obtain evidence, he added.
In addition, Jackson was provided money, shelter, and transportation by several female acquaintances, Perez said. Those women have since been charged.
As a result of all the hard work, Perez said, authorities found Jackson and arrested him on Saturday in Newark, California.
Merced police and the Merced Area Gang and Narcotic Enforcement Team, along with the Department of Justice’s Special Operations Unit, assisted in the arrest of Jackson in Newark after a months-long search and investigation.
Perez said that the case of Sophia is one of the most disturbing and horrific ones he has seen in his 20 years as a law enforcement officer. To know what she went through by the hands of pure evil breaks his heart.
Additionally, Bonta thanked all of the departments that were involved in capturing Jackson at the news conference on Sunday.
‘Let today serve as a reminder that when a horrific crime like this is committed, we will pursue you until you are caught,’ Bonta concluded.
For more on this story, please consider these sources: