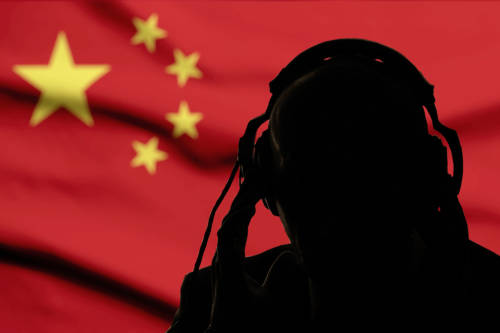 Six Chinese citizens, including five alleged spies, were charged Monday with recruiting US citizens as sources and undermining a federal prosecution against a major Chinese company on behalf of the Chinese government.

A person familiar with the investigation confirmed to CNN that Huawei was the Chinese telecommunications company facing federal prosecution in Brooklyn, New York.

Attorney General Merrick Garland said in a news conference Monday that the announcement highlights the department’s increased efforts to crack down on Chinese spies operating on American soil.

According to Garland, “In these cases, China attempted to interfere with the rights and freedoms of individuals in the United States and undermine the judicial system that protects those rights.”

Gouchun He and Zheng Wan, two of the alleged spies, have not been arrested for their alleged role in obstructing Huawei’s federal prosecution.

In 2017, they allegedly developed a relationship with a law enforcement official involved in the case. They thought the official was a Chinese asset, but the official was actually working under FBI supervision, maintaining their allegiance to the US while working as a “double agent.”

The two allegedly asked the US official for information about witnesses, trial evidence, and new charges that could be brought against Huawei in exchange for thousands of dollars in cash and jewelry.

Thousands of dollars in Bitcoin payments were sent as recently as last week by Wang and He for information, according to court documents.

He and Wang allegedly intensified their efforts to interfere with Huawei’s prosecution as the Huawei investigation progressed. In charging documents, He and Wang allegedly asked law enforcement officials to record prosecutors during trial strategy meetings so Huawei could receive non-public information.

According to the indictment, the US official gave the two alleged Chinese spies a photo of a single-page document with a fake “classified” marking in lieu of the actual document.

According to prosecutors, four Chinese nationals engaged in a decade-long scheme to recruit individuals in the US to work as assets for the Chinese government and relay information helpful to China’s intelligence goals.

Under the cover of a fake think tank, the defendants – some of whom were Chinese intelligence officers – attempted to recruit Americans, including university professors, former law enforcement officers, and state homeland security officials. Prosecutors allege that defendants bribed their targets with lavish gifts, including an all-expense paid trip to China, among other gifts.

According to the indictment, the defendants wanted to acquire technology and equipment to send back to China, as well as to stop embarrassing protests in the US.

In a news release, the Department of Justice said the four men are residents of China, and it is unclear whether they have been arrested.