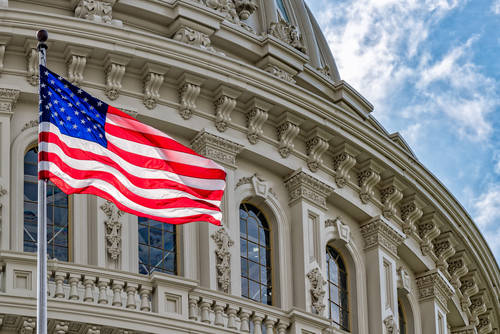 A bipartisan group of senators reached a deal to make it harder to overturn a certified presidential election. The deal would require 60 votes in the Senate to break any filibuster attempt, meaning at least 10 Republicans would need to support any legislation.

A deal between nine Republicans and seven Democrats would allow both candidates to receive federal transition resources until it was “substantially certain” who would win the majority of electoral votes.

Democratic Sen. Mark Warner of Virginia said the bill would make it harder to overturn an election when a joint session of Congress convenes to certify a presidential election.

The bill seeks to overhaul the Electoral Count Act to make sure Congress can clearly identify a single, conclusive slate of electors from each state.

The newly unveiled deal would make it harder for state officials to submit competing slates of electors to Congress, and would also raise the bar for members of Congress to raise objections to the certification of electoral votes.

The Senate Rules Committee announced on Wednesday that it plans to hold a hearing on the Electoral Count Act, which would overhaul electoral laws.

Senator Joe Manchin said he led the bipartisan effort to modernize the law.

Today I led a group of bipartisan Senators in introducing the Electoral Count Reform and Presidential Transition Improvement Act to reform and modernize the outdated Electoral Count Act of 1887. MORE: https://t.co/c6XZ9G7nzB