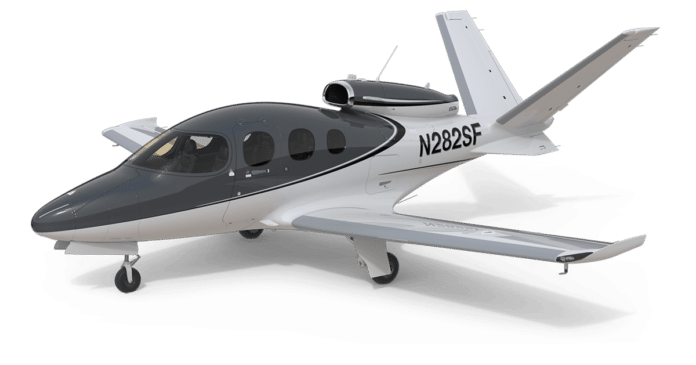 A Tesla crashed into a private jet worth up to $3.5 million while in Smart Summon mode, witness says – Yahoo! Voices

A self-driving Tesla on Summon Mode decided it was a good idea to take out the future competition by auto-crashing into a self-landing Cirrus Vision Jets.  The Tesla did not stop after initially colliding with the aircraft’s tail; it kept going until the plane made a complete turn.

In a world where we have self-driving cars, self-flying airplanes, and self-delivery robots, someone needs to decide how they will talk to each other.  Lidar will not be a one size fits all answer as both the face of this Tesla and the rear of the Cirrus Jet are banged up.  Fortunately, no one was hurt, and at this time, it is unclear if the same person owned both the vehicle and the aircraft.

We couldn’t help but notice the seats of the Cirrus Vision Jet look similar to the seats of a Tesla P100D. One is taking inspiration from the other.  Perhaps that is why they were drawn together in such a glorious video.

You can watch the video at TMZ linked below or read more at the following news sources: