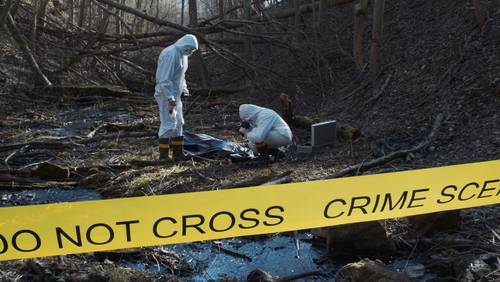 A man was reported missing in Moncton, N.B., last week. His remains were found in a wooded area of Irishtown on Tuesday. The authorities have identified the remains as those of Max Boudreau.

Boudreau was supposed to meet some friends at a pub the night he disappeared, but never showed up. Alyssa Legere Dignard, Max Boudreau’s self-proclaimed best friend, shared additional events of the night with reporters.

Instead of meeting the initial group of friends, Boudreau went to Angie’s Show Palace strip club in Dieppe with another group. Afterwards, Dignard shared that her friend got into a cab alone.

Max’s family thought he had possibly been kidnapped or disappeared by choice. The RCMP lead the investigation into his sudden absence.

The mother of Max Boudreau says she doesn’t know Barrow and doesn’t believe he would hang out with Max. She doesn’t know why Max would have been in Irishtown, the place where his remains were found.

The man convicted with the young man’s murder was 42-year-old Justin Barrow. He was arrested last week and charged with first-degree murder. His first court appearance happened on Wednesday afternoon.

About 20 friends and family members attended Barrow’s first court appearance. The room was described as a “packed house.” During the trial, Judge Suzanne Bernard warned people to “remain calm” and said anyone who interrupted the proceedings would be escorted out.

Barrow was asked by the judge if he understood the charge that he was facing. He confirmed his understanding, saying “yeah” in response.

Boudreau’s mother announced his death on her Facebook page Wednesday afternoon, thanking everyone who helped find him. Many friends and family members had been posting pleas for information on his whereabouts over the past week.