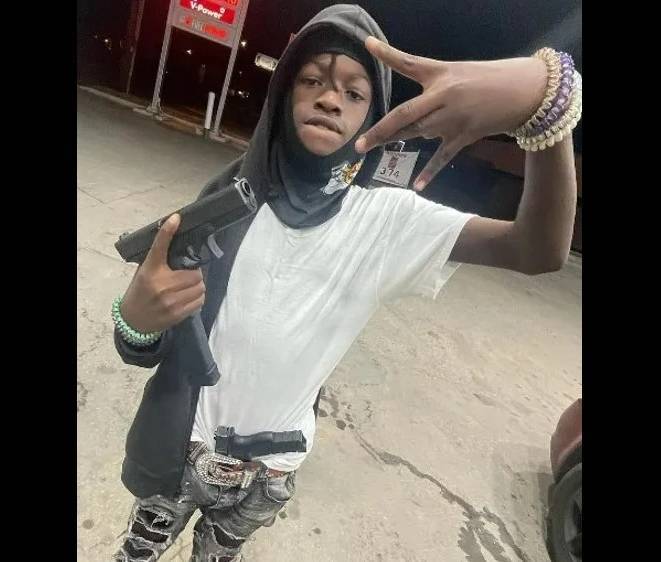 Police have identified a teenage suspect in the double murder of two Dothan women, according to the Dothan Police Department.

Vincent Lamar Oliver Jr., 14, of Dothan has been identified as the suspect. He’s wanted on two counts of capital murder, authorities say.

During a gathering at a Dothan home Sunday night, both Bean and Wells were shot to death.

According to the police, Oliver has active juvenile pickup orders for attempted assault first-degree and discharging a firearm into an occupied vehicle, both of which took place in July 2022.

A court order prohibits the release of additional information about Oliver.

On Sunday, November 20, 2022, at approximately 8:04 p.m., the Dothan Police Department responded to the 200 block of Fifth Avenue for a report of two people being shot. It was confirmed two female victims were deceased from gunshot wounds.

The victims have been identified as 21-year-old Jasmine Danielle Bean, and 20-year-old Ja’Lexius Lashon Wells, both of Dothan.

During the investigation we have developed a suspect who is a juvenile. Due to Alabama juvenile privacy laws, we are typically not allowed to release juvenile information. However, the courts have issued an order allowing the suspect’s information to be released to the public due to the interest of public safety.

The suspect is identified as Vincent Lamar Oliver Jr., 14 years old of Dothan. Oliver Jr. is wanted for two counts of capital murder related to the shooting last night.

Oliver also has active juvenile pickup orders for two counts of Attempted Assault First Degree and one count of Discharging a Firearm into an Occupied Vehicle. These crimesoccurred in July 2022. Oliver Jr. has been sought by authorities since that time. Per the court order, no further information related to Oliver can be released.